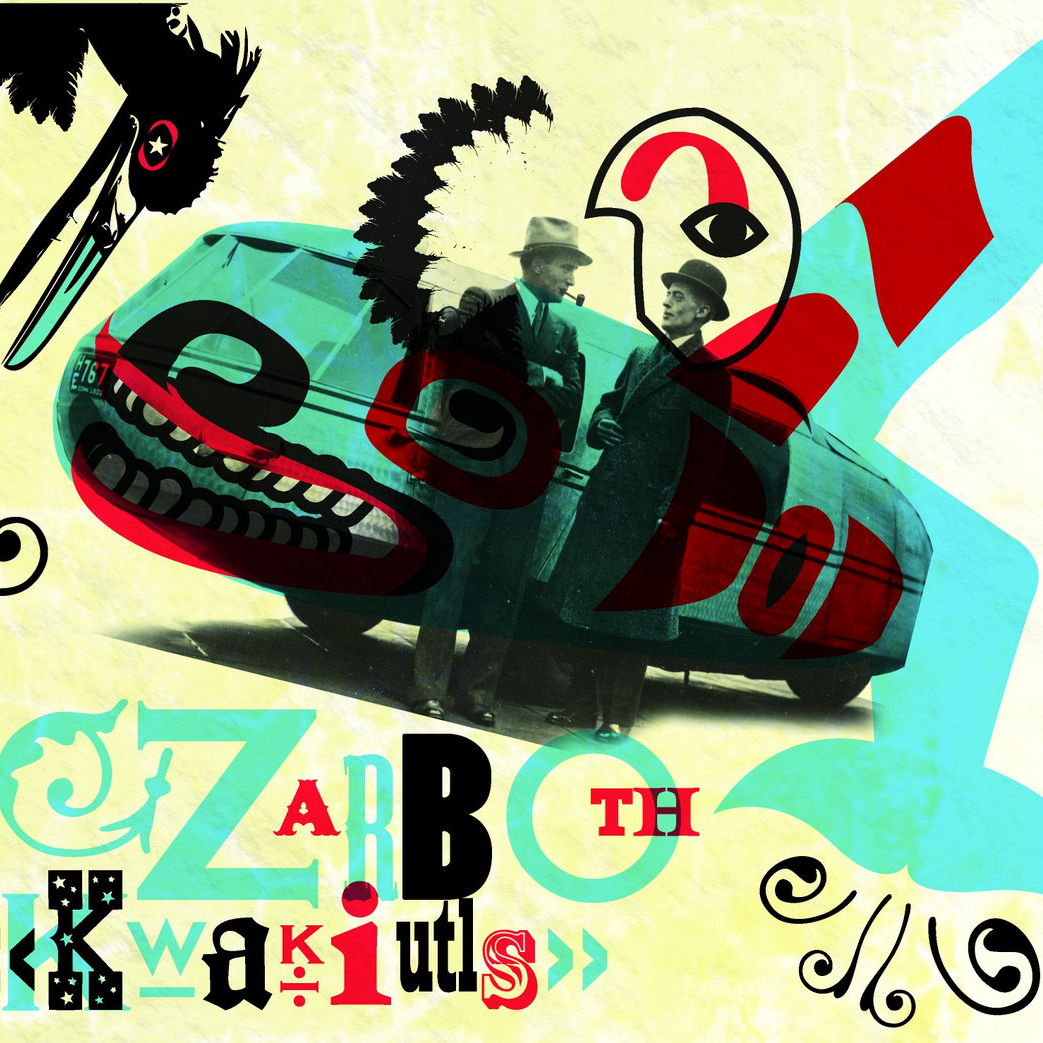 For their second recording, Zarboth combined two different approaches:
Side A: Six songs with refrains, melodies and identifiable structures, nevertheless built on impossible rhythmic canvasses
and (perhaps) questionable harmonies.
Side B: Six instrumental pieces of experimental inspiration: structured performances with the rhythmic patterns of speech
(cf. René Lussier), long progressive structures, or total improvisation mixed with micro-rhythmic structures.
There are three guests on this album that have been musical partners of either Etienne or Phil at one time or another:
Cyrille Méchin from We Insist! playing baritone saxophone on two songs, Pierre Le Bourgeois on cello (Nosfell) also on
two songs, and on “What We Eat”, Nosfell, polymorphic singer, enriches the song with his vocal experimentations.
Together with Phil and Etienne, Pierre Le Bourgeois and Nosfell also play in the collective “Les Maisons Maquets”.